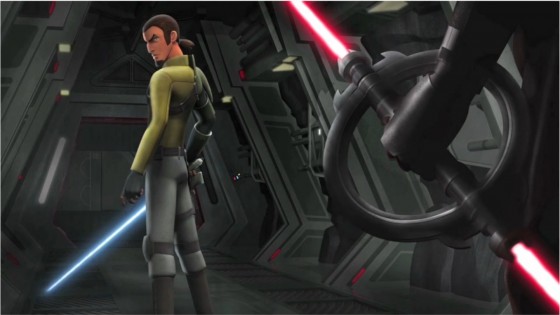 Set between Episodes III and IV, Star Wars Rebels debuted last year and was a fun return to the feel of the original trilogy as rogue Jedi Kanan and his crew of misfits tried to stick it to the Empire by pulling various heists and sabotage missions.  By the end of season 1, they had been pulled into the larger Rebel Alliance but also drew the attention of none other than Darth Vader, who will be the main antagonist of Season 2.  Things just look so much more epic and expansive in season 2, with a ton of familiar faces from The Clone Wars popping up and the galactic civil war heating up.  The new season arrives on Disney XD with double the number of episodes this fall.  Check out the trailer below.