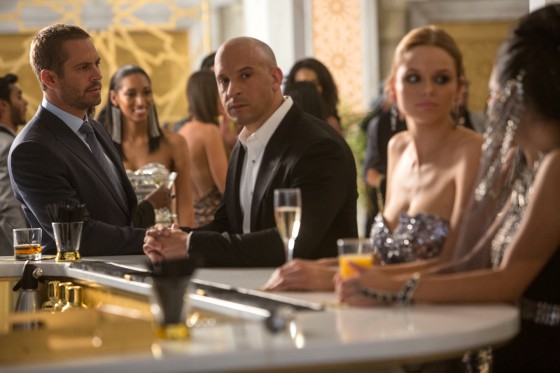 Furious 7 continues to be a phenomenon, setting the record for the fastest time ever to cross the $1 billion mark and it made another $29.1 million at the box office this weekend to stay at number one.  Domestically, Furious 7 has made $294.4 million and should have a one more week of dominance before Age of Ultron comes out.

Paul Blart: Mall Cop 2, despite a rare 0% fresh on Rotten Tomatoes, took second with $24 million, the second best opening for Kevin James behind the original Paul Blart, which made $31.8 million six years ago.

Unfriended, which got surprisingly strong reviews, took third with $16 million, which is already insanely profitable because the movie cost basically nothing to make.  It’s the best original horror opening since The Conjuring in 2013.

Home and The Longest Ride rounded out the top 5, with the latter dropping about 47% from it’s opening last weekend.

Monkey Kingdom, the latest from Disneynature, had the worst opening for that series with $4.7 million, despite being in the largest number of theaters ever for Disneynature documentary.