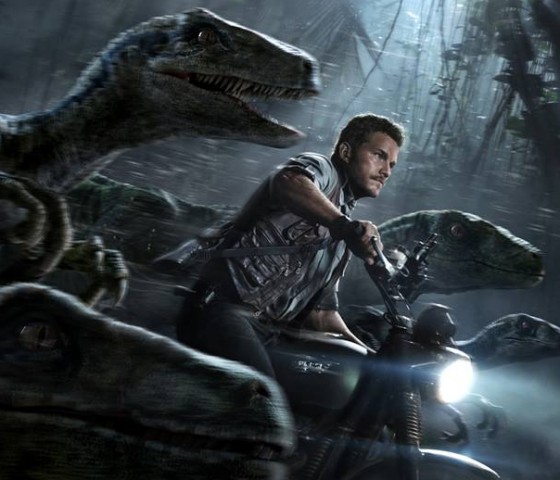 I think like most people who have Jurassic Park ingrained into their DNA, all of our hopes and dreams are riding on Jurassic World this summer and hoping it brings the series back from the disaster that was Jurassic Park 3.  It seems like all the pieces are in place with Chris Pratt starring as the raptor wrangling Owen Grady, a fully operational park on the original island, Isla Nublar and a genetically modified, hyper-intelligent new dinosaur with the Indominus Rex.  The big reveal in this new trailer is the reveal of the “D-Rex” in all her glory as she invades the Pteranodon habitat and she’s rampaging across the park, killing other dinosaurs for sport and outsmarting and hunting the parks’ security teams.  There’s also still the absurdly awesome idea of Chris Pratt riding into battle against the D-Rex with a pack of raptors.  The movie is out on June 12th and you can check out the new trailer below.