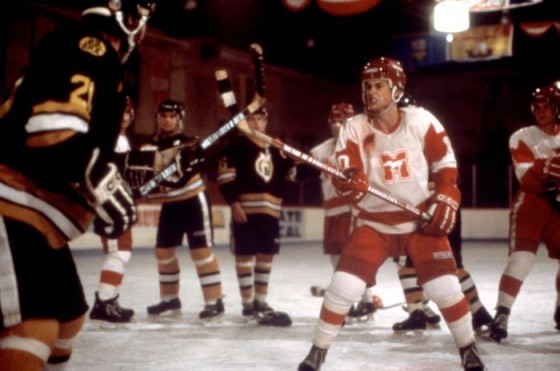 Somehow lost to time despite starring Rob Lowe and Patrick Swayze (along with the second ever appearance by Keanu Reeves) is 1986’s hockey movie, Youngblood.  Lowe stars as Dean Youngblood, who dreams of playing in the NHL and takes the first step to achieving that dream by joining the Canadian junior league team, the Hamilton Mustangs.  Although Dean has great technical skills, he learns he’s going to need to know how to scrap as well, especially against his rival, the brutal Carl Racki.  Like all 80’s sports movies, Youngblood has a rocking theme song that is perfect for training montages or competition montages with “Stand in the Fire” by Mickey Thomas, the lead singer of Jefferson Starship and later, just Starship.  Check it out below.