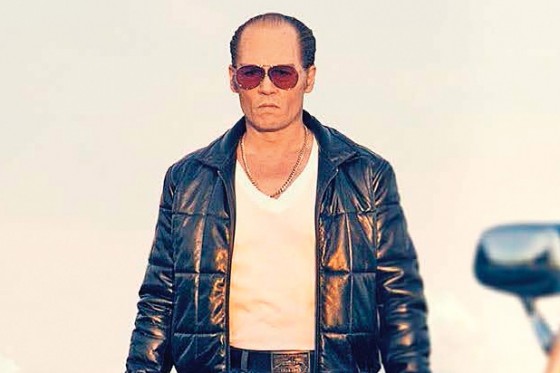 Finally taking a break from endless Tim Burton adaptations and Jack Sparrow knock-offs, Johnny Depp takes on the role of notorious Boston gangster Whitey Bulger, who became an informant for the FBI and helped take down other members of the mob.  There’s an all-star cast backing Depp, including Kevin Bacon, Benedict Cumberbatch, Adam Scott, Joel Edgerton, Dakota Johnson, Peter Sarsgaard, Jesse Plemons, Corey Stoll, Rory Cochrane and Sienna Miller and it’s directed by Scott Hooper, who directed Crazy Heart and Into the Furnace.  The movie is out in September and you can check out the trailer below.