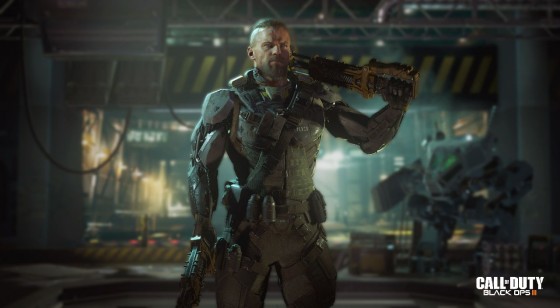 Things got pretty insane last year with Call of Duty: Advanced Warfare, which brought in exo-suits and an evil Kevin Spacey but things look next level bonkers in this year’s Call of Duty: Black Ops III.  Set in the year 2060, the game features a squad of four enhanced soldiers, who seem to have all sorts of crazy bio-mechanical enhancements.  There’s not really anything revealed about the plot, or if it will tie into the past Black Ops story featuring Alex and David Mason, which was probably the best plot of the entire Call of Duty franchise.  The game also features a number of tweaks to multiplayer and an even more expanded Zombie mode.  It’s out on November 6th for PS4, Xbox One and PC.  Check out the trailer below.

Tom Sizemore is Unleashing A “Robotic Virus” in Weaponized (Trailer)