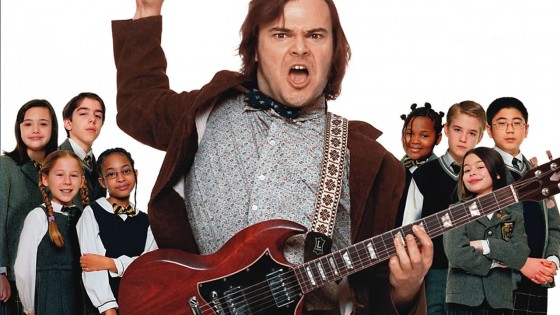 Although it didn’t take 12 years to make, School of Rock is still one of the best movies by director Richard Linklater and a love letter to all things classic rock.  Jack Black stars as the slovenly Dewey Finn, who’s kicked out of his band, No Vacancy, and then scams his way into substituting at a prestigious private school, where he finds his students are extremely talented musically and he works to turn them into his new rock band and win the upcoming Battle of the Bands. There’s tons of classic rock referenced or played during the movie, including Led Zepplin, who are usually pretty restrictive giving up the rights to their songs.  For the big finale, Dewey and the kids, now called School of Rock, perform a song by the same name at the Battle of the Bands and blow everyone away, check it out below.