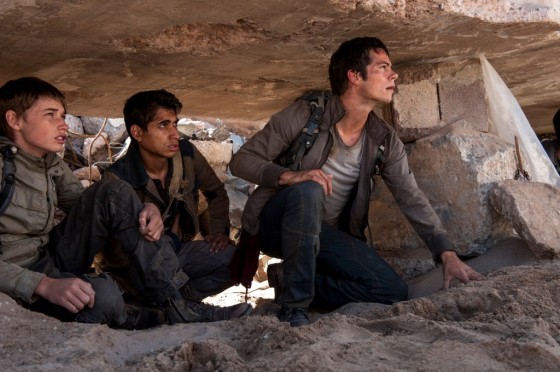 The first Maze Runner managed to be one of the better performing of all the YA adaptations trying to get some of that sweet Hunger Games money and now the sequel is hitting this year with The Scorch Trials.   Thomas (Dylan O’Brien) and his band of survivors, after escaping from the giant maze trapping them, are brought into what is seemingly a safe zone led by Game of Thrones’ Aiden Gillen but instead, they realize it’s  just phase two of a massive experiment by the evil WKCD organization.  The “Gladers” escape and head into the desert wasteland of The Scorch, where renegade survivors and mutant creatures await.  It looks like this sequel is going to expand the world in a big way and it’s always great when Aiden Gillen is the smarmy villain.  The first film was kind of convoluted but fun and this seems like that but bigger.  It’s out in September and you can check out the trailer below.

Tom Hanks Goes on a Post-Apocalyptic Journey in Finch (Trailer)