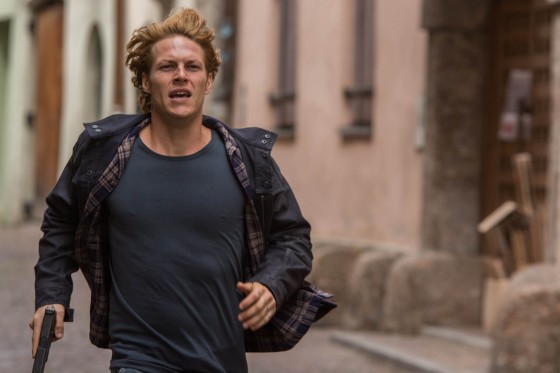 One of the absolute classics of awesomely cheesy action is Point Break, starring Keanu Reeves and Patrick Swayze and directed by Kathryn Bigelow, so, of course, it’s getting a remake this Christmas.  Starring The November Man’s Luke Bracey as Johnny Utah and Edgar Ramirez as Bodhi, the new Point Break expands the extreme sports action to include motocross and wingsuits along with the surfing and skydiving of the first movie.  It also seems like Bodhi is more like some sort of freedom fighter than the zen surfer dude/bank robber portrayed by Swayze, with most of their heists having the goal of getting the money away from whatever evil government they are up against.  Delroy Lindo is is in the John C. McGinley role, Ray Winestone takes over for Gary Busey and Teresa Palmer substitutes for Lori Petty.  The new Point Break was written by Equilibrium director Kurt Wimmer and is directed by Ericson Core, who previously directed Invincible with Mark Wahlberg.  It’s out on Christmas Day and you can check out the trailer below.