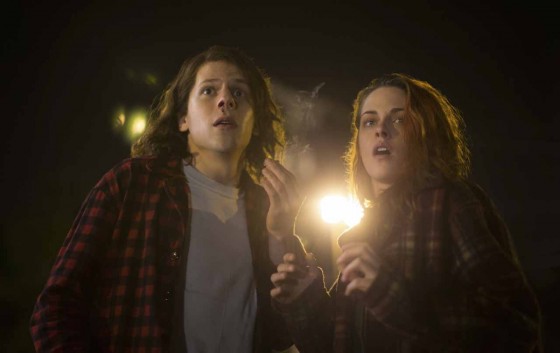 If Jason Bourne was a stoner, you would have a character like Jesse Eisenberg’s Mike Howell in the upcoming action/comedy, American Ultra.  Directed by Project X director, Nima Nourizadeh, American Ultra finds Howell getting activated and his latent killing and espionage skills are brought to the surface.  Kristen Stewart plays his girlfriend, who he’s getting ready to propose to before the insanity starts, John Leguizamo is his stoner friend and Topher Grace is the CIA agent in charge of hunting down and terminating Howell.  It looks like it could be pretty fun mash-up, like Pineapple Express, and it’s out in August.  Check out the trailer below (it’s red-band so potentially NSFW but it’s mostly language).