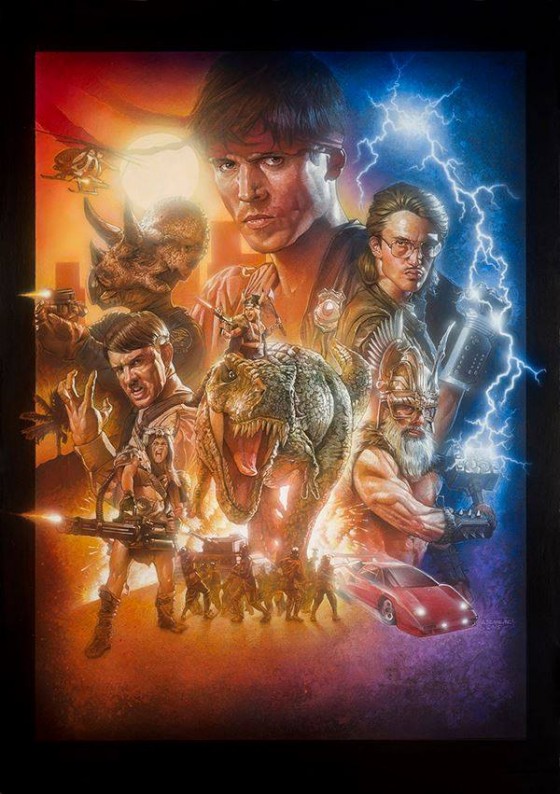 After an insanely successful Kickstarter campaign last year, Kung Fury is finally here in all it’s awesome 80’s glory.  Calling to mind things like Grindhouse, Black Dynamite, Danger 5 and Far Cry 3: Blood Dragon, among others, Kung Fury is set in 1985 Miami, where Kung Fury (David Sandberg) is the greatest cop in the world after becoming a kung fu master due to a freak accident involving a cobra and lightning.  Hitler time travels to the future, trying to steal Kung Fury’s power and become the Kung Fuhrer, so Kung Fury decides to go back in time and stop him in Nazi Germany.  Well worth the wait, Kung Fury looks amazing, has ridiculous action and characters, an incredible synth soundtrack (plus the title song “True Survivor” by David Hasslehoff) and it’s also hilarious.  Check out this love letter to everything radical about the 80’s below.