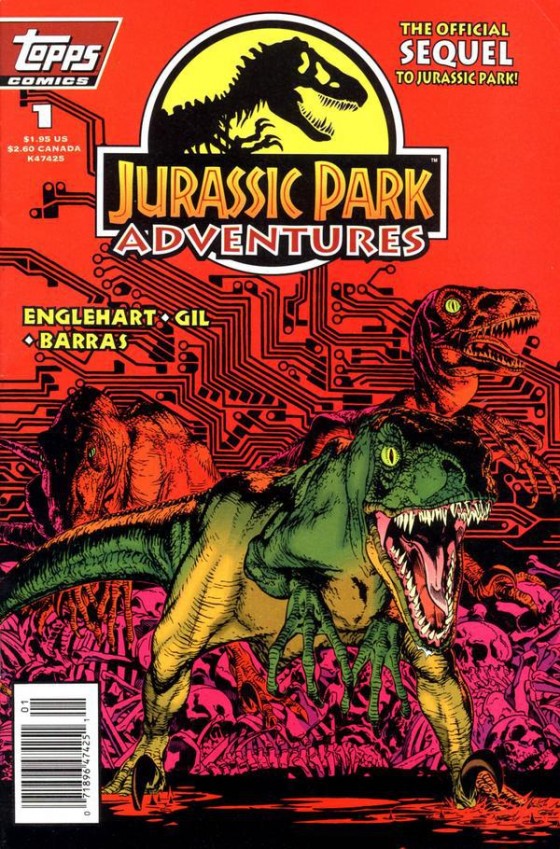 Jurassic World is hitting this week and one of the things that has been drawing the most attention is the seeming team-up between Chris Pratt and a pack of raptors.  If that’s the most unbelievable thing you’ve seen regarding the raptors in Jurassic Park, you’ve apparently never read the Jurassic Park: Raptor series.

Coming out in 1993 from Topps Comics and written by Steve Englehart, it was billed as the “official sequel” to Jurassic Park, four years before the actual sequel, The Lost World, came out.  Topps also published Jurassic Park Adventures, which also picked things up following the first movie but Raptor was set immediately afterward and continued the story of Grant, Ellie, Malcolm and even Muldoon (oh, we’ll get to that in part 2).  The series was divided into three story arcs, Raptor, Raptor’s Attack and Raptor’s Hijack and they have since been collected in trade paperbacks under the Classic Jurassic Park banner.  We’re gonna dive into all the insanity, starting with the 2 part opening story, Raptor.

So Jurassic Park: Raptor picks up three days after the events of the first movie, and Grant and Ellie are back on Isla Nublar, advising the US military in the containment of the dinosaurs.  Although the Raptors are the stars of this arc, Grant and Ellie kick things off by facing down the T-Rex, which is finally tranquilized after facing off against some tanks.  The military finds the raptor pen empty with no eggs, but Grant believes they made a nest elsewhere and he and Ellie head to the other side of the island to find them.  In a beachside cave, they find a female raptor and five adolescent raptors but they are also surprised by a mercenary on a jet ski who bursts into the cave.  He says he’s George Lawala and he’s been hired by Biosyn to capture some dinosaurs, since their main plan to have Nedry take DNA off the island has failed.  Lawala kills the mother raptor and captures the babies and Grant and Ellie after they have a fist fight on the beach.  Everyone gets loaded onto a cargo plane bound for a Biosyn facility in South America but the raptors learn how to pick their locks and escape. 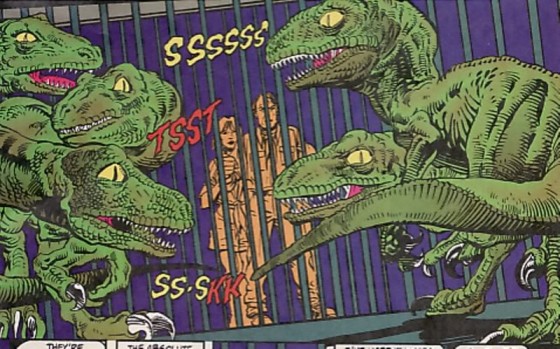 Lawala reluctantly frees and arms Grant and Ellie and they have a claustrophobic hunt on the plane for the raptors.  The pilot stupidly decides to come help as well and is almost immediately killed by a raptor, as is Lawala, but he does manage to take one down, as does Grant.  One of the raptors is wounded in the neck and Ellie ties a tourniquet around her neck to save her.  Grant traps the other two raptors in a box hanging out the back of the plane but the shift in weight causes the autopilot to shut down and Grant and Ellie try and fail to pull it out of a nose dive and they crash in the Colombian jungle.  What will become of them and the raptors? Find out in Part 2 when we dive into Raptor’s Attack. 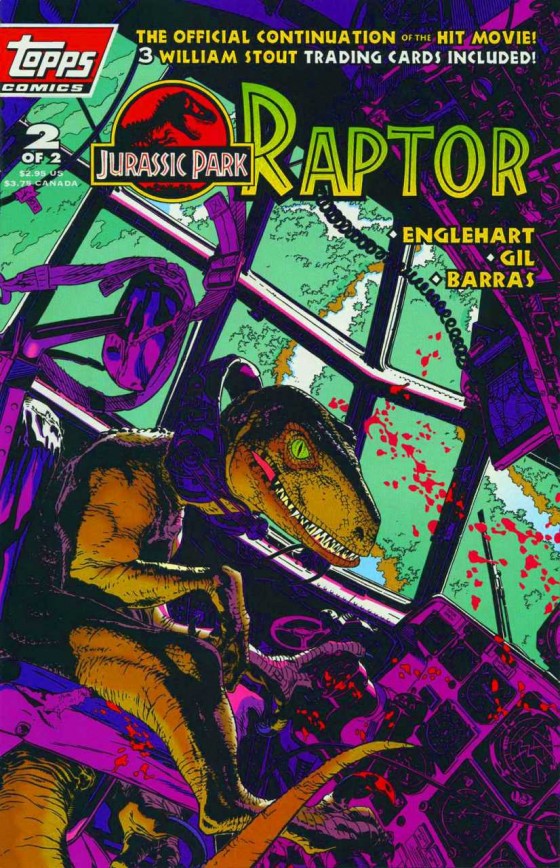