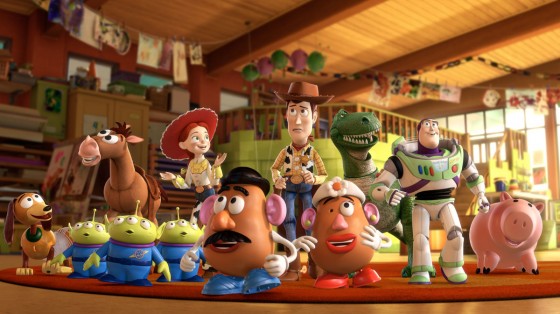 Although it’s not clear if this week’s Inside Out will have any musical numbers, music has been an integral part of Pixar throughout the years, whether it’s the scores of Michael Giacchino or tracks from the likes of Randy Newman, most of the music in Pixar movies is instantly recognizable, especially the songs from the Toy Story series.  After some back and forth during production of the first movie, Pixar and Disney eventually came to a compromise that the toys would not burst into song but there would still be songs at key points to heighten the emotion, all of them coming courtesy of the aforementioned Randy Newman.  Newman would win multiple Academy Awards for his work on the Toy Story series and he also worked with Pixar on Cars, A Bug’s Life, Monsters Inc and Monsters University.  Check out his most memorable tracks from the Toy Story series below.

You’ve Got a Friend in Me

I Will Go Sailing No More

Woody’s Roundup by Riders in the Sky

When She Loved Me by Sarah McLachlan

You’ve Got a Friend in Me by Robert Goulet

Musical Montage: Cars
academy award winning buzz lightyear I will go sailing no more musical montage Pixar randy newman riders in the sky robert goulet sarah mclachlan strange things toy story we belong together when she loved me woody woody's round up you've got a friend in me