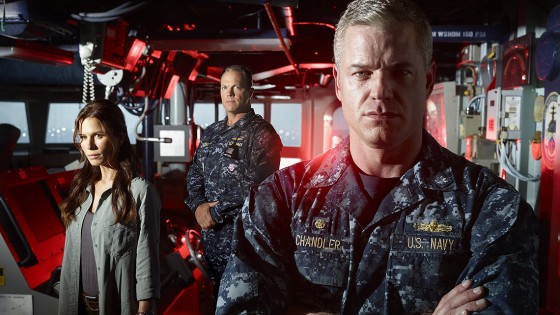 Last summer saw a slew of outbreak/virus shows including The Strain and Helix but the most action packed one was obviously the one produced by Michael Bay, The Last Ship.  Set aboard the Navy ship the USS Nathan James, the crew is on a secret mission in the Arctic when their scientist passenger, Dr. Rachel Scott (Rhona Mitra), is attacked by Russian helicopters and she reveals that their mission was to collect primordial samples of a virus that has been weaponized and has taken out most of the world’s population.  Captain Tom Chandler (Eric Dane) and his crew now have a mission to protect Dr. Scott so she can try to come up with a cure.  The second season premieres this coming sunday (June 21st) and you can watch the recap video below to refresh or get ready.

The Final Voyage of The Last Ship

The Last Ship Keeps Up the Fight in Season 3 (Trailer)