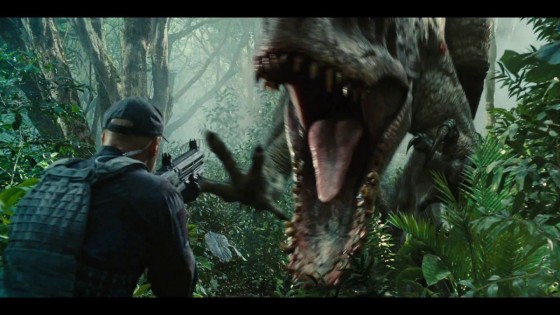 Although Inside Out had the second largest opening weekend in Pixar history, it was still not enough to defeat the juggernaut that is Jurassic World.

Jurassic World made another, whopping $102 million, losing 51% from last weekend’s record breaking opening.  It’s made $981 million worldwide and is most likely going to take the record for fastest time to $1 billion, beating Furious 7’s 17 day record from April.

Inside Out made an incredibly $91 million even up against Jurassic World, just shy of Toy Story 3’s opening of $110 million, which is still Pixar’s best opening.  It’s also the best opening ever for an original movie (not a sequel or reboot).

Spy dropped down to third with another $10.5 million, putting it over $74 million for it’s three weeks out.

San Andreas and new release Dope rounded out the top 5, with the latter making $6 million for it’s opening weekend.

Further down the list, after making it onto the Top 10 last weekend, Brian Wilson biopic Love & Mercy dropped back out of the top 10, taking 12th this past weekend.  Entourage also fell off the top 10 after taking sixth last weekend.

Battle at the Box Office 6/8