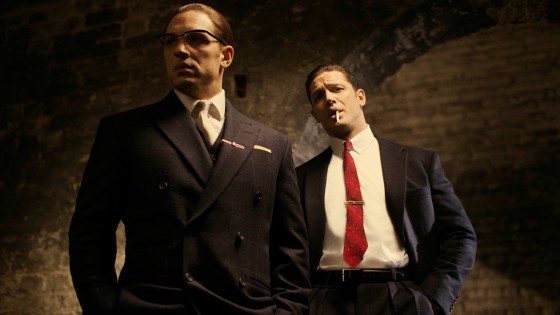 If one Tom Hardy isn’t enough, this October you’ll get double the Hardy when he plays real life gangster twins, Reggie and Ronnie Kray, in Legend.  Based out of London in the 60’s, the Krays became organized crime legends as they got into the casino business and other criminal enterprises.  Things are complicated by Reggie’s schizophrenic rages, which clash with Ronnie’s more level headed business dealings.  Along with double Hardys, Emily Browning, Taron Egerton, David Thewlis, Christopher Eccleston and Chazz Palminteri co-star and the movie is written and directed by Brian Helgeland, who wrote the screenplay for LA Confidential.  Legend arrives on October 2nd and you can check out the trailer below.

Emilia Clarke is an FBI Witness Scorned in Above Suspicion (Trailer)