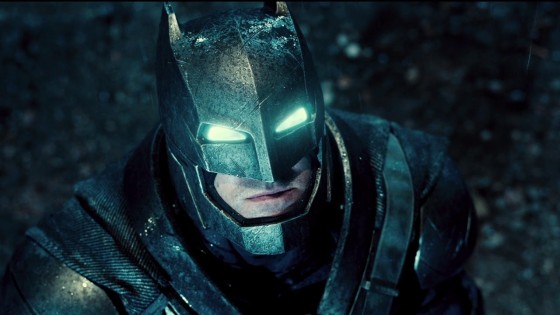 Warner Bros. has delivered the first full trailer for Batman v Superman: Dawn of Justice and it looks absolutely epic.  We now know that Bruce Wayne (Ben Affleck) was in Metropolis during the climactic battle in Man of Steel and a Wayne Financial building was destroyed with hundreds of his employees killed.  Seeing the kind of power Superman (Henry Cavill) has be unchecked, he reopens the Batcave and plots to take down this new threat.  Lex Luthor (Jesse Eisenberg), is seemingly collecting intel and tech, including the body of General Zod and a piece of kryptonite. We also get our first look at Gal Gadot as Wonder Woman, whose motivations are still unclear.  There’s also what seems like a Superman worshipping militia group, references to the Joker and so much more.  Check out the full trailer below and the movie is out in March of next year.