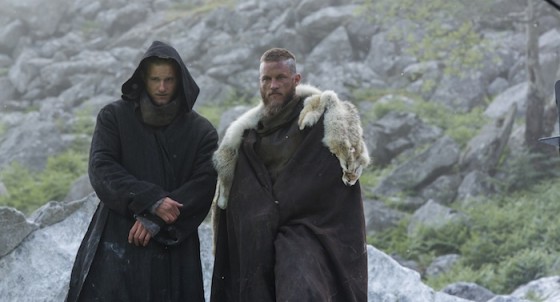 History’s hit Vikings is coming back next year for it’s fourth season and legendary Viking leader, Ragnar Lothbrok (Travis Fimmel), may have a war on two fronts.  (Spoilers for Season 3) With his brother Rollo (Clive Standen) now engaged to a French princess as part of a deal with Emperor Charles (Lothaire Bluteau) and King Ecbert (Linus Roache) betraying the Viking settlement in his kingdom of Wessex, Ragnar’s forces may be spread thin and there is also trouble at home with Floki (Gustaf Skarsgaard) being tried for the murder of Ragnar’s friend (and Christian monk), Athlestan (George Blagden).  The only thing that’s worrisome is that each season adds more and more subplots that take the focus away from the main Viking cast and neither the royal court drama of Wessex or Paris is as interesting as what happens in Kattegat and it seems like that might be the case with Season 4 but the show still has fantastic performances and epic battle sequences, so spending 5 or 10 minutes an episode in a stuffy throne room isn’t that much of a sacrifice.  Check out the Season 4 trailer below and the new season begins in 2016.