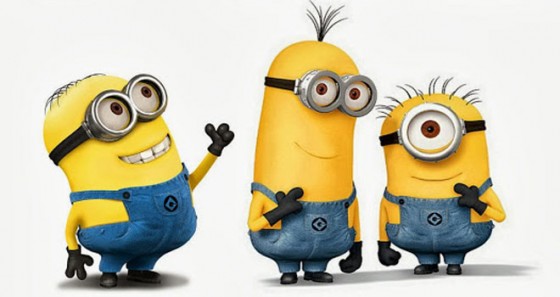 The yellow henchmen surpassed their boss this weekend as Minions handily outdid the weekend openings of both previous Despicable Me movies and had the second highest animated opening of all time.  The movie took in $115 million, passing Shrek 2 and Toy Story 3 but falling short of, of all movies, Shrek the Third, which still has the highest animated opening of all time with $121.6 million.  With this latest success, Universal has continued it’s domination of 2015, making over $3 billion worldwide on their various films.

Speaking of massive Universal movies, Jurassic World stayed in second place over the weekend with another $18 million, putting it over $590 million for it’s domestic gross and is closing in on Furious 7 to take the fourth spot on the all time gross chart (it’s currently made $1.46 billion worldwide).

With the direct competition, Inside Out plummeted from first to third with another $17 million and the movie has made over $283 million and is currently the fourth best performer for Pixar and is closing in on passing Up’s take of $293 million.

Terminator: Genisys fell off about 50% from last weekend’s mediocre opening and made another $13.7 million, putting it in fourth place and it’s made $68 million total.

The Gallows rounded out the top 5 with $10 million, which is about average for most recent R rated horror movies and it’s probably already quadrupled the budget of the movie.

The third new release, Self/Less, was a massive bomb with $5.4 million, less than the last big Ryan Reynolds bomb, RIPD and even less than similarly themed bombs like Paycheck and the worst wide release for director Tarsem Singh.  Hopefully Deadpool, which Reynolds is insanely passionate about, will be a hit but he seems to get stuck in these terrible action movies and comedies.