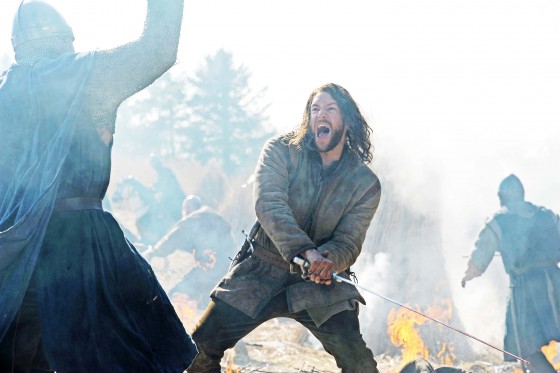 Kurt Sutter returns to FX with a new darkly themed drama that also seems like it’s FX’s stab at getting some of the Game of Thrones audience with The Bastard Executioner.  Starring Lee Jones as a knight who vows to never fight again after seeing the horrors of war, he’s forced to become an executioner by the king’s men or be killed himself.  Katey Sagal co-stars as the mysterious Annora of the Alders and the show will also dive into the events surrounding the Welsh rebellion.  It looks appropriately grim and dark for a Sutter show, but hopefully it won’t nosedive like Sons of Anarchy arguably did in it’s final season. FX has picked up a 10 episode first season of the show and it will debut in September, check out the trailer below.