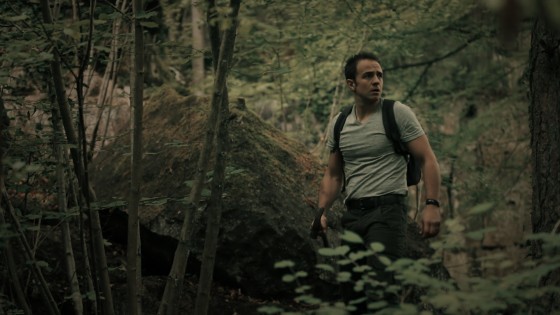 The Z Team, who put out the martial arts movie Die Fighting last year, are back with the pilot of a post-apocalyptic webseries, Drained World.  Written, directed and starring Fabian Garcia, the series is set in the year 2080, many years after World War III, as Frank (Garcia) tries to make his way and survive in the world.  In the first episode, Frank leaves his temporary shelter of an abandoned bunker and sets out into the wilderness but runs into a gang of thugs who want to rob and kill him, but Frank fights them with his incredible martial arts skills.  There’s also a mysterious girl, Yara (Christy St. John), who is watching what is happening from afar.  The fight scene in this first episode is fantastic and the show kind of feels like The Walking Dead or The Road but with awesome marital arts fights instead of crippling depression or zombies.  You can help Z Team fund the rest of the episodes by going to http://www.drainedworld.com/participate.html and you can watch the first episode below.