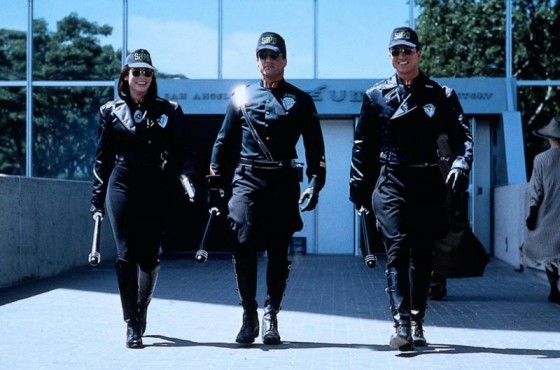 Originally a Grace Jones song released in 1981, The Police recorded their own version of the song and released it the same year for the Ghost in the Machine album.  Over a decade later, Stallone would star in the magnum opus that is Demolition Man and a now solo Sting recorded a new version for the movie, which plays over the end credits.  The music video is a little disappointing in that there’s no Stallone cameo or even clips from the movie.  Instead, a shirtless Sting performs the song in what I’m assuming is supposed to be the apocalyptic 1997 from the beginning of the movie.  Check out the music video below.