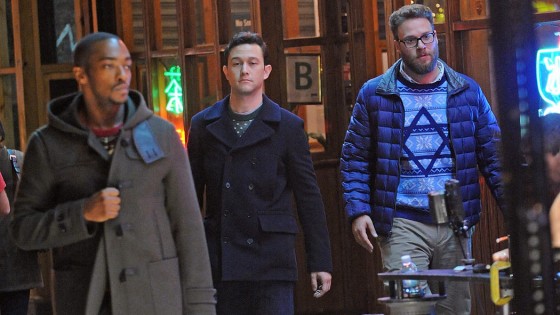 Last year’s Christmas release didn’t work out exactly as planned for Evan Goldberg and Seth Rogen but they are trying again with The Night Before.  Starring Rogen, Joseph Gordon Levitt and Anthony Mackie as three best friends who have spent every Christmas together since JGL’s parents died, their lives are changing and they decide to end the tradition with a bang and find the Nutcracka Ball, the biggest and best Christmas party in NYC. It looks like there’s tons of craziness on the way to that party however thanks to copious amounts of drugs and booze.  Jillian Bell co-stars as Rogen’s pregnant wife and it looks hilarious.  It’s not actually coming out on Christmas though and instead arrives on November 25th, check out the red band trailer below (which means it’s probably NSFW).

The Future is Still Screwed in Future Man Season 2 (Trailer)