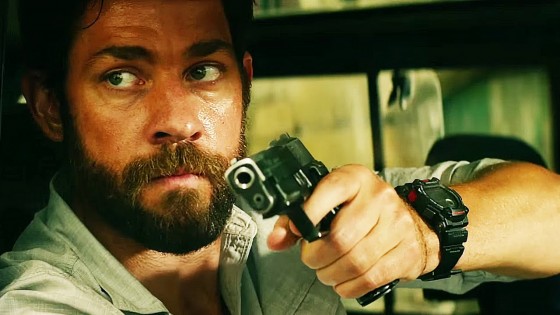 The siege of the US Embassy in Benghazi, Libya was a tragic and controversial event and who better to handle the delicate nature of telling the dramatized version than Michael Bay?  Taking a break from Transformers, Bay will hopefully deliver something that is more Black Hawk Down than Pearl Harbor as a team of CIA operators are the only line of defense against hundreds of rioting supporters of the local Al Qaeda leader.  The team is a murderer’s row of bad asses including James Badge Dale, Toby Stephens, Max Martini, David Denman, Pablo Schreiber and…John Krasinski(?) (Hopefully he’ll follow the lead of his fellow NBC comedic leading man, Chris Pratt).  It seems like there shouldn’t be room for Bay’s terrible sense of humor or bloated run times but that’s always in the cards.  The movie is out in January and you can check out the trailer below.