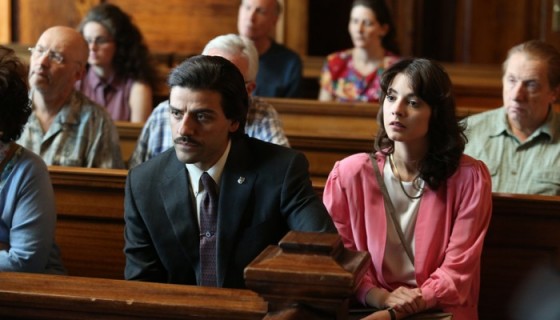 Coming to HBO on August 16th is the latest from The Wire’s David Simon, who is teaming up with Crash director, Paul Haggis, for a six episode mini-series, Show Me a Hero.  Starring Oscar Issac as the mayor of Yonkers in the 60’s, who is forced by a federal court order to build low income housing in predominantly white neighborhoods, leading to a ton of racial and governmental tension.  Alfred Molina, Catherine Keener, Bob Balaban, Jim Belushi, Jon Bernthal, Winona Ryder and Terry Kinney co-star.  That cast is ridiculous and it looks like it’s going to be a great drama but hopefully it will lean more on David Simon’s skills at balancing multiple viewpoints and less on Paul Haggis’ blunt hammering of the issues.  Check out the trailer below.