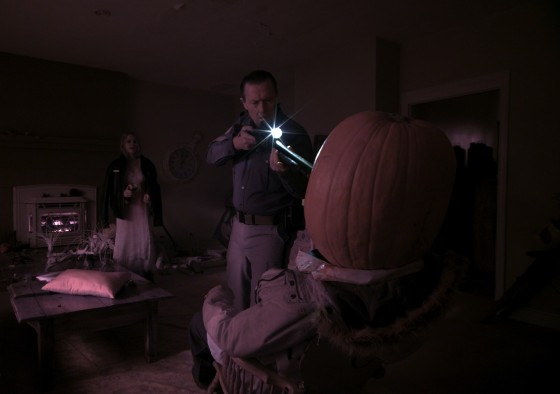 There are few things scarier than creepy kids in horror movies and the upcoming Hellions ups the ante by delivering demonic, masked kids who are after a teen girl’s unborn baby.  Chloe Rose stars as Dora, who wants to go to a party on Halloween with her boyfriend but becomes the target of a group of creepy trick r treaters who have murdered her boyfriend and now want her unborn baby (which she just found out about) for probably not great reasons.  She teams up with Robert Patrick, whose character has seemingly faced these creatures before.  It looks pretty cool and it’s directed by Bruce McDonald, who previously directed cult horror hits like Pontypool and Highway 61.  It premiered at Sundance earlier this year and is arriving on September 18th in limited theaters and VOD.  Check out the trailer below.