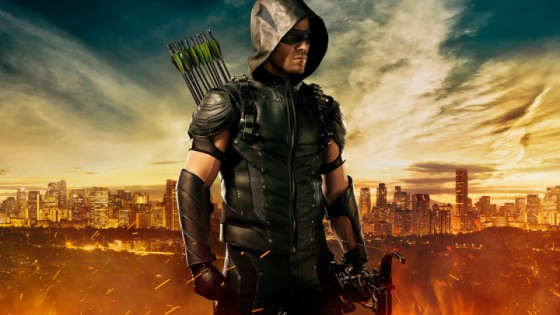 After a pretty great start, season 3 of Arrow took a nose dive as the convoluted and stupid mind game between Oliver and Rhas Al Ghul didn’t really go anywhere and there was way too much other crap going on on the sidelines.  Hopefully season 4 makes a course correction and brings it back to the awesomeness of the first two seasons and there’s some things in the new trailer that make it seems like it could, like the always great Neal McDonough as the season’s big bad, Damien Darhk, who arrives in the newly renamed Star City with an army of highly trained and heavily armed mercenaries and Oliver has to come out of retirement to stop him.  Thea is also the new arsenal, Malcolm Merlyn is the new head of the League of Assassins and Sarah Lance is set for a resurrection in the Lazarus Pit. The new season starts on October 7th on the CW and you can check out the trailer below.