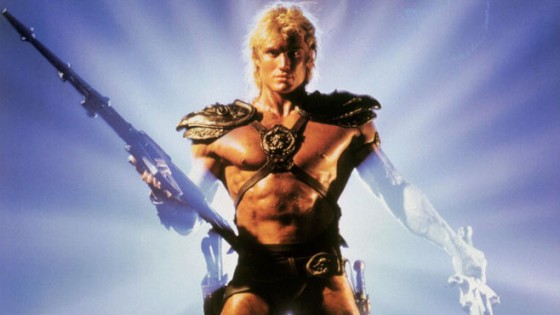 Dolph Lundgren’s version of He-Man has all your favorite characters like Beast Man, Teela, Skeletor and…Courtney Cox.  Actually, Dolph’s version is almost unrecognizable from the goofy cartoon that was created to sell a massive amount of toys, as it finds He-Man briefly battling Skeletor (Frank Langella) on Eternia before being banished to the suburbs of Anytown, USA to recover a strange synthesizer/portal key.  It’s influences are also strangely skewed, as it’s trying to be more Star Wars than Conan:

Everything is just weirdly dark and gritty and it feels like it’s basically made for no one, as the parents who take their kids will probably find it stupid and boring while the kids will be wondering why it’s not colorful and where characters like Trap Jaw and Stinkor are.

Action Hero of the Week: He-Man

EA Commentary: Masters of the Universe