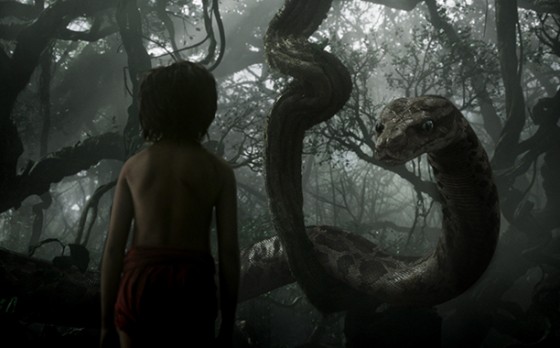 Disney has been having massive success rebooting their classic animated movies into live action and they are not slowing down next year, with Jon Favreau directing a new version of The Jungle Book.  Unknown Neel Sethi stars as Mowgli, who grows up in the jungle under the protection of Bagheera the panther (Ben Kingsley) and Baloo the bear (Bill Murray) and a pack of wolves.  Various other jungle creatures try to get Mowgli in their clutches for various reasons like King Louie (Christopher Walken), who wants to be a human and Shere Khan (Idris Elba) who hates humans.  There’s a second Jungle Book adaptation coming from Andy Serkis but this one will be out first in April next year, check out the trailer below, which features voiceover from Scarlett Johansson’s Kaa.