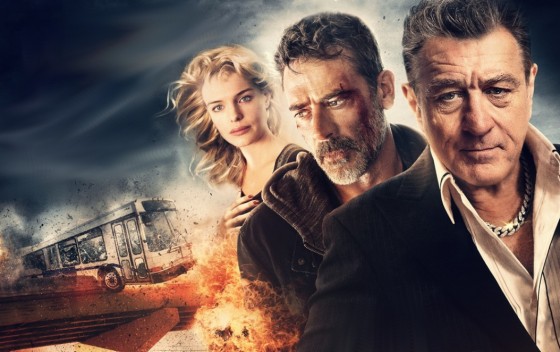 Looking like a combination of Speed and Ocean’s 11 is the upcoming action movie Heist (formerly called Bus 657).  Starring Jeffrey Dean Morgan as a man who plots to steal $3 million from ruthless casino owner, Pope (Robert De Niro) in order to get enough cash to help his sick daughter.  Recruiting fellow casino employee Dave Bautista, the pair pull the heist but their getaway driver bails, forcing them to hijack a city bus and they have to outrun both Pope’s main enforcer, Dog (Morris Chestnut) and a cop played by Gina Carano.  It looks pretty good, although they’ve put the filmakers have put themselves into a massive shadow by drawing comparisons to Speed.  It’s out in limited theaters and VOD on November 13th and you can check out the trailer below.