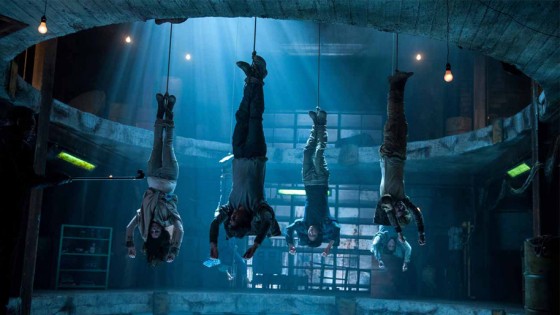 After a few weeks of incredibly slow weekends at the box office, things picked up this weekend with good openings from most of the new releases.

Maze Runner: The Scorch Trials took first with $30.3 million, slightly down from the first movie and it also didn’t quite get as good a reaction from audiences as well but it’s already made $78 million worldwide, so the third entry should be on the way.

The Visit dropped to third place with $11.4 million, dropping a little over half from last weekend. It’s passed Lady in the Water as far as total gross and will need to make over $60 million to beat After Earth on M. Night’s list of movies.

Last week’s number one dropped to fourth with $9.6 million, down over 60% from last weekend.  It’s made over $41 million for it’s two weeks out.

In only 545 IMAX theaters, Everest took fifth with a whopping $7.5 million, or about $13,000 per theater.  The movie will go wide this coming weekend but that is one of the best IMAX only openings of all time and another massive success for Universal.

Also doing extremely well in limited release was Sicario, which will open wide on October 2nd.  In only 6 theaters, the movie made $390,000, which is one of the best per theater averages of the year.

The other new release, Captive, a faith based thriller, did a mediocre $1.4 million on 806 screens and took eleventh and it seems like another misstep for Kate Mara.

Right ahead of Captive after a big expansion this weekend was the critically acclaimed Grandma, starring Lily Tomlin, which took in $1.5 million.