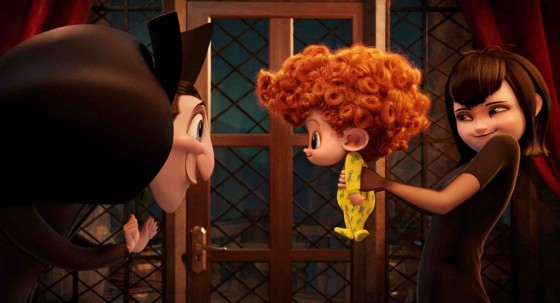 Since it’s been a while since there was an animated family movie, it’s probably not surprising that Hotel Transylvania 2 dominated the box office.  The sequel was up $5 million from the original movie with $47.5 million and broke the record for September for highest opening weekend.

The Intern took second with $18.2 million, the third best opening of all time for director Nancy Meyers,  behind It’s Complicated and What Women Want.

Maze Runner: Scorch Trials dropped to third with $14 million, slightly over 50% off from last week’s number one opening.  It’s made $51 million so far in it’s two weeks out.

Despite an incredibly strong opening IMAX only opening, Everest did not fare quite as well with an expansion to regular theaters.  The movie took fourth with $13 million, putting it at $23 million with last week’s IMAX take.

Black Mass rounded out out the top 5 with another $11.5 million, dropping down from second last weekend.

The year long delayed The Green Inferno finally came out in slightly over 1400 theaters and took ninth with $3.5 million, slightly below the new distributor’s estimates but it’s OK considering how brutally violent it is and the not quite wide release.  It didn’t get that great of reviews from viewers, so it might nosedive out of the top 10 next weekend.

With 53 theaters this weekend, Sicario moved into the top 10 with $1.7 million or about $30,000 per theater.  The movie is expanding wide next weekend and should do incredibly well if this limited run is an indication.