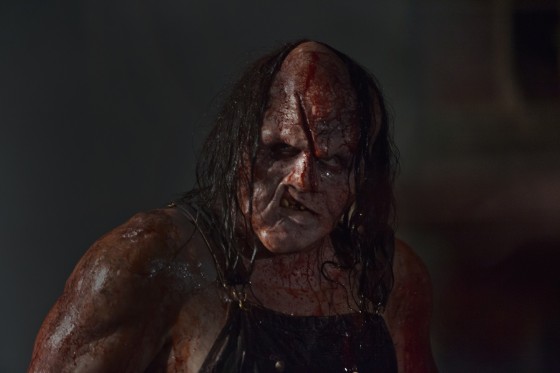 Origins: Born deformed, Victor Crowley was hidden from the world by his father in the New Orleans swamps.  A fire breaks out one night and Victor is trapped inside.  His father tries to save Victor by hacking down the door with a hatchet but Victor is hiding on the other side and is struck in the head with the hatchet and is killed.  He’s now a vengeful “ghost” who kills anyone who comes near his swamp home.

Powers: Since he is a “ghost”, Victor is invulnerable to almost any form of attack.  He’s shot in the face with a shotgun, disemboweled with a chainsaw and he still comes back for more. He also seems to have above normal strength.

Weapon of Choice: Hatchet but will also use anything around or his bare hands.

Horror Villain of the Week: Jigsaw