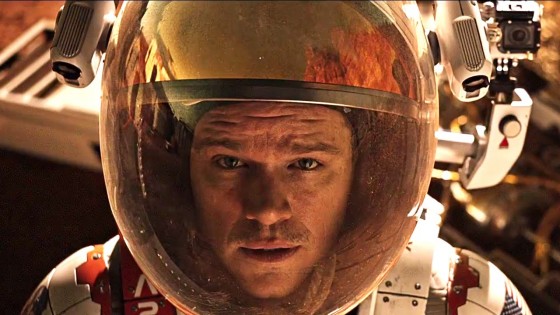 The Martian, after falling to Goosebumps last week, The Martian is back on top this weekend as the new releases of this past weekend formed a giant ball of fail.

The Martian made $15.9 million, just edging out Goosebumps with $15.5 million.  The Martian so far has made over $166 million in it’s four weeks out.

Bridge of Spies took third for the second week in a row with $11.4 million, only losing about 26% from last weekend.

Doing the “best” of the new releases was Vin Diesel’s The Last Witch Hunter, which took fourth with $10.8 million, which is one of the worst openings for the Fast & Furious star, just barely above Babylon AD.

Hotel Transylvania 2 rounded out the top 5 with another $8.8 million, putting it over $148 million for it’s fifth week out.

Paramount tried a new strategy for the last Paranormal Activity.  The Ghost Dimension debuted in much less theaters than normal but it will arrive on VOD when it’s less than 300 theaters, which will be much less time than when it would arrive normally but they have to share profits with theaters up to 90 days.  Some theaters apparently wanted no part of this, as The Ghost Dimension was in half as many theaters as The Marked Ones, 1,656.  The movie made $8 million and took sixth place.

Steve Jobs expanded wide this past weekend and moved up to seventh place from eleventh with $7 million.  It’s slightly better than the opening weekend of Ashton Kutcher’s Jobs, which did not start out limited.