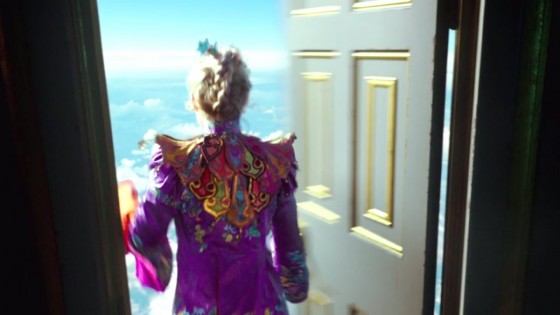 Despite being an incoherent mess of CG and the most amplified worst tendencies of Tim Burton and Johnny Depp, Alice in Wonderland made over $1 billion worldwide when it came out in 2010.  A sequel was pretty much guaranteed and it’s arriving next year.  Alice Through the Looking Glass is very, very loosely based on Through the Looking Glass, Lewis Carroll’s sequel to Alice in Wonderland, where Alice (Mia Wasikowska) has to return to Underland to save the Mad Hatter (Johnny Depp) from Time himself (Sasha Baron Cohen) and most of the other characters return as well, like the Red Queen (Helena Bonham Carter).  It looks like the same mess of CG and way to complicated environments but Tim Burton is actually only producing this time, with The Muppets director James Bobin directing.  The movie is arriving on Memorial Day next year and you can check out the first trailer below.