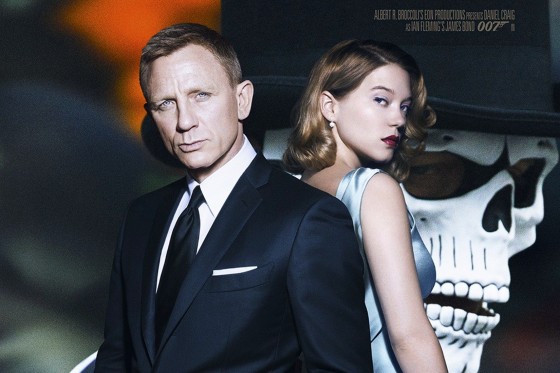 Spectre, as expected, stayed strongly on top of the box office for another weekend, dropping less than 50% from last weekend and making another $35.4 million.  It’s an absolute juggernaut overseas and has already made $543.8 worldwide, putting it into the top ten for the year at number 8 ahead of Cinderella but currently behind Fifty Shades of Gray.  It’s about $30 million behind where Skyfall was domestically in the same time frame.

The Peanuts Movie remained in second with another $24.2 million, putting it over $82 million for it’s two weeks out. Pixar has The Good Dinosaur coming out in a little over a week, so that we probably send Peanuts down the charts.

The best performing of the new releases was family comedy Love the Coopers, which took in $8.4 million.  It’s about four million off from similarly themed movies like The Family Stone, This Christmas or The Holiday but it’s the only movie of it’s type for a few weeks (The Night Before is coming out but is a raunchy R rated comedy).

The Martian managed to hold off real life survival story The 33 to round out the top 5, with The Martian taking in another $6.7 million while The 33 made $5.8 million, which is well off from recent real life dramas like Unbroken or Captain Phillips.

Bollywood musical Prem Ratan Dhan Payo took eighth place with $2.4 million, the fourth highest Bollywood opening in the US of all time.

My All American bombed with only $1.4 million and not making it into the top ten, coming in at 12th.  The very similar Woodlawn just came out a weekend or two ago, so there’s apparently only so much vaguely faith based football drama people can take.