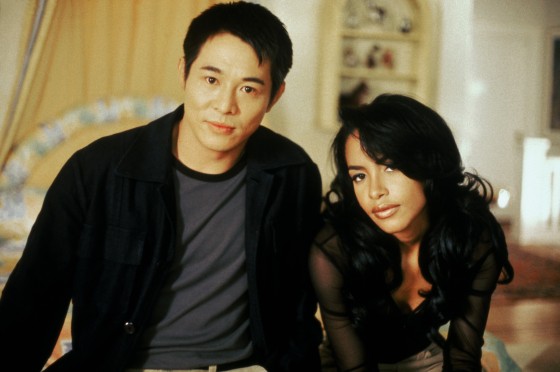 There was a strange period in the early 2000’s where hip-hop and rap artists were co-starring in action movies.  Ja Rule was in Half Past Dead with Seagal, DMX was in Cradle 2 the Grave with Jet Li in 2003 and Jet Li costarred two years earlier with the late Aaliyah in Romeo Must Die.  Very, very loosely inspired by Romeo & Juliet, the movie follows Jet Lie as Han and Aalyiah as Trish O’Day as they unravel a scheme to grab valuable property on the waterfront by trying to start a gang war.  In the music video for “Try Again”, which was the lead single off the soundtrack, Jet Li appears with Aalyiah and they dance together in a hall of mirrors while Aalyiah also dances in a separate area dressed in the weird post-apocalyptic leather wardrobe that was all the rage for hip-hop videos in the early 2000’s.  Try Again eventually hit number one on the Billboard charts and won two awards at the VMAs and was nominated for a Grammy.  Check out the video below.

Musical Montage: DMX “X Gon Give It To Ya”