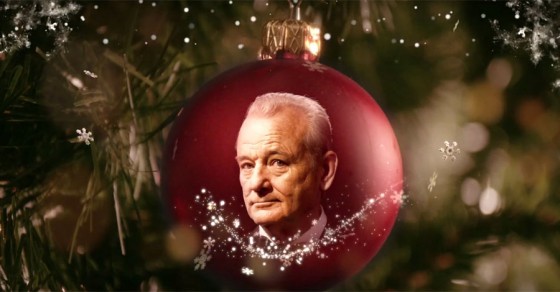 Netflix is kicking of December with a star studded Christmas special featuring everyone’s favorite person, Bill Murray.  Playing a slightly exaggerated version of himself, Murray is hosting a Christmas special at an upscale NYC hotel but a massive snowstorm delays the talent and forces Murray to improvise with whoever is around, which seems to be actual big name celebs.  Among those who will make an appearance are George Clooney, Michael Cera, Miley Cyrus, Amy Poehler, Chris Rock, Rashida Jones, Jason Schwartzman and Maya Rudolph.  The special was directed by Sofia Coppola, who sort of kickstarted late period “serious” Murray with Lost in Translation.  The special arrives on streaming on December 4th and you can check out the trailer below.