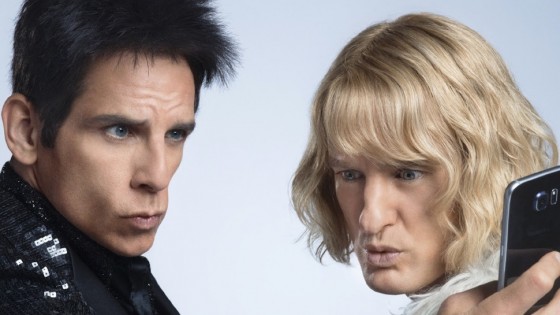 The first Zoolander did not do great when it hit theaters, probably because it was barely a week since 9/11 happened, but it has since, rightfully, become a cult classic and arguably the best team up between Ben Stiller and Owen Wilson.  Now, 15 years later, Hansel and Derek are back to foil more high fashion villainy in Zoolander 2 (or 2oolander according to the trailer). Recruited by ridiculously good looking Interpol agent Montana Grosso (Penelope Cruz) because a number of celebs, like Usher and Justin Bieber, are being killed and they are found with Derek’s signature Blue Steel look on their face.  Hansel and Derek must reenter the fashion world and find out who is behind it (it’s probably Kristen Wiig’s Alexanya Atoz, Will Ferrell’s Mugatu or a combo of the two).  There also looks to be a ton of cameos like the first movie, including a hilariously disturbing appearance by Benedict Cumberbatch.  The movie is out in February of next year and you can check out the trailer below.

The Spoils Before Dying Trailer

Night at the Museum: Secret of the Tomb Trailer