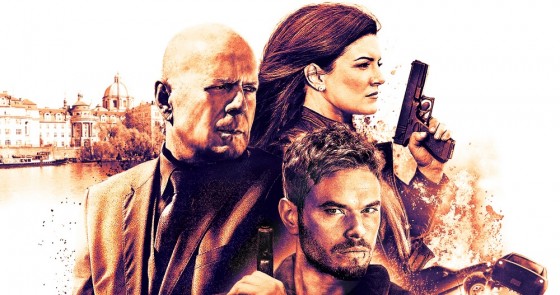 Coming to a Redbox near you in the near future, Bruce Willis, Kellan Lutz and Gina Carrano star in Extraction.  Bruce Willis plays a high level CIA agent who is captured and held hostage by terrorists, who are threatening to launch nuclear missiles at the US if their demands are not met.  Kellan Lutz is Willis’ son, also in the CIA, who goes rogue and teams up with Gina Carrano for a rescue attempt.  Hopefully there will be at least be some decent fight scenes for Carrano but this looks like most of the DTV action movies that hit Netflix and Redbox these days, Bruce Willis in particular just seems like he could not give less of a shit about what is going on.  Extraction is supposedly hitting a few theaters on December 18th but there’s a little movie called The Force Awakens opening that day as well.  Check out the trailer below.