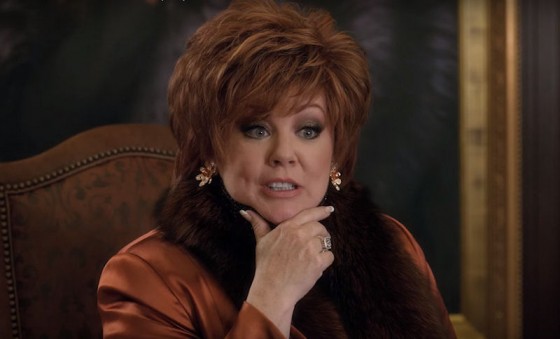 Melissa McCarthy seems to be delivering at least one comedy every year, like the exceptionally reviewed Spy this year, and next year she’s back with The Boss.  Sort of similar to something like Get Hard, McCarthy is Michelle Darnell, a rich industrialist who is arrested for insider trading and loses everything.  When she is released from prison, she stays with her put upon assistant, Kristen Bell, who is a single mom.  Michelle schemes to make a comeback by enlisting Bell and her daughter’s girl scout troop to grow a brownie empire.  The Boss is directed by McCarthy’s husband, Ben Falcone, who directed Tammy and shows up in The Boss trailer as Michelle’s lawyer who takes a tennis ball to the throat.  It seems like a typical McCarthy comedy but also feels like a step back after Spy (which I am planning on finally seeing this weekend) based on everything I’ve heard about that movie.  The Boss is out in April next year and you can check out the trailer below.

Dax Shepherd Wants to Know if You ‘Member CHiPs (Trailer)