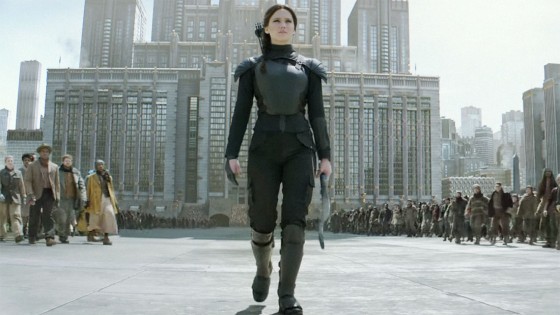 Over the Thanksgiving weekend, Mockingjay Part 2 continued to dominate, even though it’s still the lowest performing entry in the series.  Mockingjay made another $51.6 million and only dropped off slightly less than 50% from last week’s opening.  It’s made $198 million for it’s two weeks out but that’s “low” compared to Part 1, which was at $225 million at the same time period.  Given it’s pace, it will probably close out as the lowest grossing entry in the franchise but it’s still a huge hit and the franchise as a whole has been massively successful.

Second place went to The Good Dinosaur, which made $39 million for the weekend and $55 million for it’s full five days out.  It’s the fourth highest opening ever for Thanksgiving weekend but it’s the lowest opening for Pixar since Toy Story 1.  It’s not clear if it was the stranger art style than normal for Pixar or people don’t want two Pixar movies a year or the more mixed reviews but it’s nowhere near Inside Out’s debut this summer.  It has very strong word of mouth though and no real family competition till the middle of December, so it could slowly build up some bank.

Creed took third with $30 million and $42 million for the five days.  It’s the best opening for the Rocky franchise without inflation and more than double what Rocky Balboa made in it’s opening weekend.

Spectre and Peanuts rounded out the top 5.

With the worst ever opening for a movie in 2,500-2,999 theaters, Victor Frankenstein barely eked out $3.4 million in 2,797 theaters over the five days,  It was beat by movies like The Martian, which was in it’s ninth week in theaters, and indies in far fewer theaters.