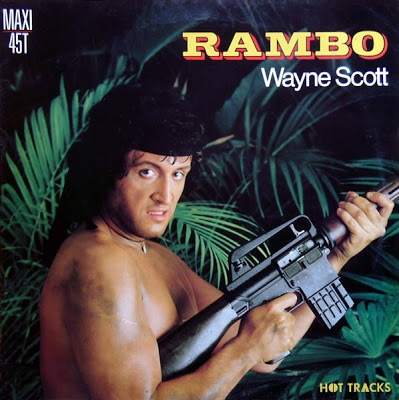 While digging through Tumblr a few weeks ago, this song and video randomly came through on the Everything Action feed and it had to be shared, even though there’s basically no info on what the hell this is.  I dug through AllMusic.com, Wikipedia and Google and the best I can find is that apparently some time in the mid-80s, a guy named Wayne Scott, who slightly resembles Sly Stallone if you squint, made a song based on Rambo (it seems like it’s mostly First Blood: Rambo Part II inspired).  It may have been released in France and is described as “Italo Disco, Synthpop” on one website I found.  The music video is sort of a loose interpretation of Rambo Part II, as Wayne Scott as Rambo infiltrates the jungle to rescue POWs.  Check out the madness below and if anyone has anymore info on this, let us know