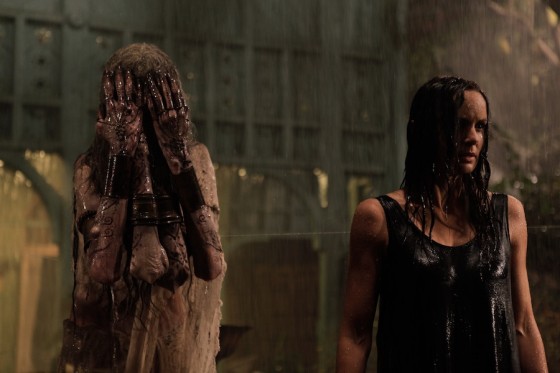 Sarah Wayne Callies has stayed in the horror genre since leaving The Walking Dead, co-starring with Nicolas Cage in the ridiculously named Pay the Ghost and she’ll be headlining next year in the Southeast Asia flavored “The Other Side of the Door”.  Callies plays the mother of a family that is living abroad who suffer a tragic accident that takes the life of her son.  She’s told of a mysterious temple that would let her communicate with her son beyond a giant stone door, but she cannot open it.  Of course, she does open it and begins being haunted by both the spirit of her dead son and some creepy native spirits.  It looks kind of generic but I don’t think there’s much else in early spring horror wise, so if you need your fix, this might be your best shot.  Check out the trailer below.