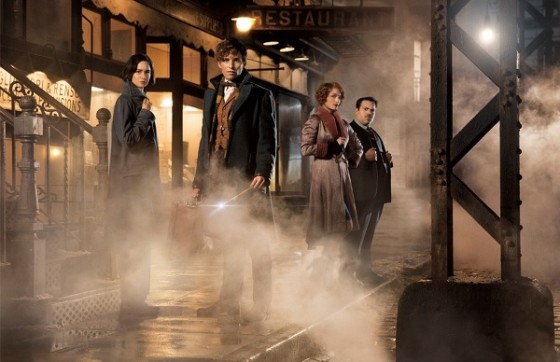 Even though the story of Harry Potter’s battle with Voldemort was wrapped up, there’s still a huge world that Warner Bros. wants to explore and make money off of, so the spin-offs begin next year with Fantastic Beasts and Where to Find Them.  Inspired by one of the Hogwarts textbooks that Harry and the gang use during their time in school, the movie follows that book’s author, Newt Scarmander (Eddie Redmayne) during the 1920’s.  After finishing up a world wide hunt for the strangest and most fantastical beasts in the wizarding world, Newt is in New York City for a brief layover before heading home but his suitcase containing all the animals is accidentally opened and the beasts are unleashed on the city.  Ezra Miller, Colin Farrell, Katherine Waterson, Ron Perlman, Jon Voight and Carmen Ejogo co-star and David Yates, who helmed the last four Harry Potter movies, is back in the magical world for this one.  It’s out in November next year and you can check out the teaser below.

Fantastic Beasts and Where to Find Them Trailer