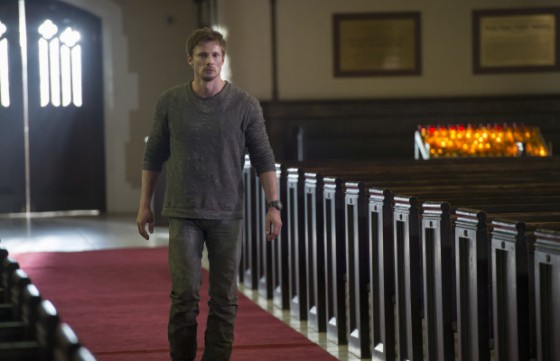 A&E is adding another show tied to a classic horror movie with Damien, a sequel show to the original 1976 The Omen.  The new show follows a grown up Damien, played by Bradley James, who is a war photographer who is unaware or has forgotten his demonic heritage.  The forces that want to stop him and the forces that want him to unleash his potential reveal themselves to Damien and he must decide which side to ally with.  Barbara Hershey co-stars as Ann Rutledge, who has secretly protected Damien for his entire life, and Scott Wilson and David Meunier co-star as well.  The show debuts in March and you can check out the trailer below.