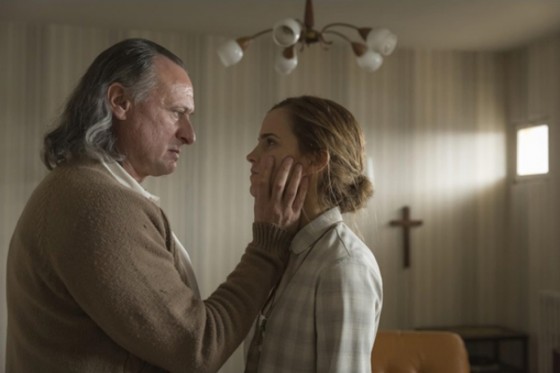 Based on true events that happened in Chile in the 1970’s, Emma Watson infiltrates a mysterious and possibly dangerous cult in Colonia.  Watson and Daniel Bruhl play a young couple, Lena and David, who are caught up in a government coup and separated.  Lena finds that David has been sent to the southern region of the country to a place called Colonia Dignidad, run by a preacher named Paul Schafer (Michael Nyquist) and Lena infiltrates the mission to try and find David and rescue him, but no one has ever escaped Colonia once they go in.  The movie hasn’t gotten the greatest response from the festivals it’s played at so far but everyone will get the chance to check it out in the spring this year.  Check out the trailer below.