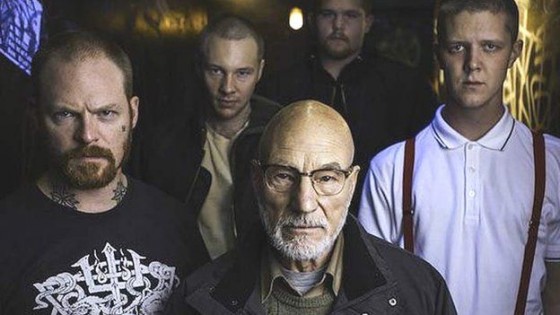 Patrick Stewart is a wonderful, charming and hilarious person…and none of that will be on display in the upcoming thriller Green Room.  Embracing his villainous side, Stewart plays the owner of a sketchy club that a punk band, whose members include Anton Yelchin and Alia Shawkat, performs at but the band witnesses a horrific act of violence by a group of white supremacists and lock themselves in the club’s green room but are now targets as the only witnesses.  It becomes a sort of hostage situation/escape thriller as the band try to figure out how they can escape and get help.  It made it’s way around the festival circuit last year and got tons of great reviews and you’ll be able to check it out in April this year, check out the trailer below.