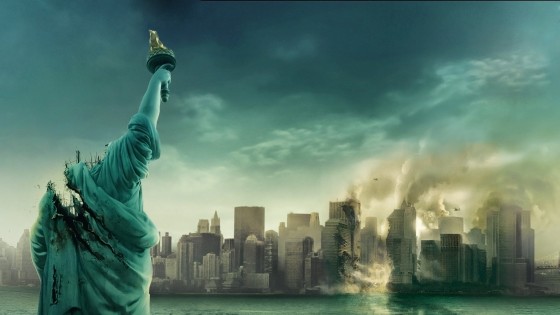 Apparently in front of 13 Hours this weekend, JJ Abrams and the team at Bad Robot have possibly made a sequel or spin-off to Cloverfield without anyone knowing, as the trailer just dropped last night completely out of nowhere.  Directed by Dan Trachtenberg, of the Totally Rad Show and director of the Portal short film “No Escape”, JJ says this new movie, called “10 Cloverfield Lane” is a “Blood Relative” to the first Cloverfield but not a direct sequel and it seems to find John Goodman, Mary Elizabeth Winstead and John Gallagher Jr. living in some sort of shelter, with Winstead getting more and more desperate to get out and see what is going on.  There was a story in Heavy Metal and also on the short lived SyFy series Metal Hurlant Chronicles called “Shelter Me” that this movie seems to kind of have the same sort of vibe. 10 Cloverfield Lane is out in March and you can check out the trailer below.