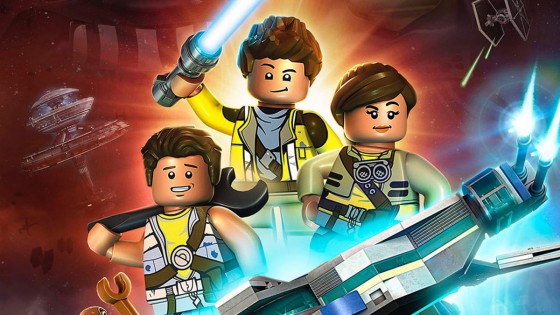 Yesterday we got the first installment of The Force Awakens Lego series, The Resistance Rises and now we have the trailer for this summer’s new Lego Star Wars series, The Freemaker Adventures.  Following a trio of siblings, Kordi, Zander and Rowan, who make their living scavenging parts and wrecks that result from the battles between the Rebel Alliance and the Empire.  Rowan is drawn to a mysterious artifact, the Kyber saber, and the siblings meet a Jedi named Naare, who joins the kids on a quest to find all the parts of the Kyber saber before Darth Vader and the Emperor do.  It’s definitely aiming younger than Star Wars Rebels but most of the Lego series and movies have been fun for everyone, so hopefully this continues the trend.  The series starts this summer on Disney XD and you can check out the trailer below.

Thrawn is Back in Star Wars Rebels Season 3 (Trailer)